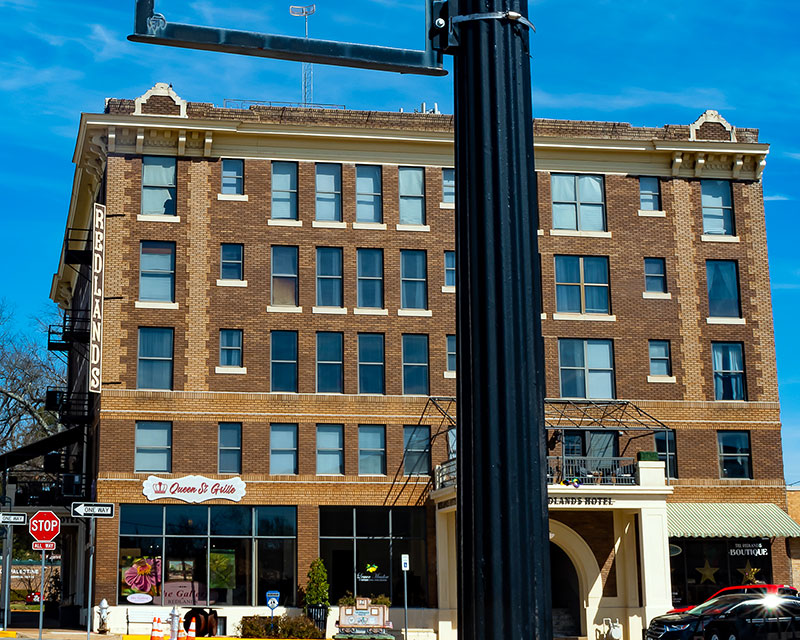 As temperatures warm and we crawl out of our isolation, it time to get out and explore our beautiful state. Spring is a magical time in East Texas and there is no better time for a road trip. Soon the azaleas, dogwoods and wildflowers will be in full bloom across our Texas Forest Trail region. A great day trip destination is the city of ‘milk and honey’, Palestine, Texas. The city was named after Palestine, Illinois which was named by the French explorer Jean LaMotte after the biblical city of ‘milk and honey’. This small city was created in 1846 by the Texas State Legislature as the geographical center and capital of the newly formed Anderson County. It grew in stature as the railroads used the town as a major train depot and repair location.

Palestine was known as a railroad city and still enjoys its railroad past with the Texas State Railroad, a state park, museums, depot and historic train rides.  The city has been diversifying and has a developing arts culture hosting many exhibits and musical series.  There are many boutiques and antique shops to entice you as you wander the historic downtown.  In late March, the Dogwood Festival draws people from all across the region to enjoy colorful blooms and festivities.  The city also has one of the largest collections of Victorian homes in Texas and boasts 23 properties on the National Registry of Historical Places (NRHP).

The Redland Hotel is a must see landmark and one of the NRHP sites. The hotel was opened in 1915 and boasted running water and electricity for guests. In 1919, the building was repurposed as the general offices for the International & Great Northern Railroad Company. By 1955, the railroad offices moved out and the building fell into disrepair. In 1976, the building was resurrected by Palestine native and Houston contractor Norman Mollard and his wife Jean. They restored the building to its former glory and now house a boutique hotel, offices, shops and a restaurant. In 2019, Jean Mollard bought out the old restaurant and began the Queen St. Grille.

The restaurant, redecorated in 2020, offers casual fine dining with a Gulf Coast American flare. The dining room has an open and airy feel with walls of open windows but is intimate enough for a romantic meal or private meeting. The table settings with fresh cut flowers add to the ambiance. Our lunch service was prompt and attentive but not rushed. Chef Joseph Massa and his assistant Nicolas Hogan prepare your meals with fresh ingredients sourced locally when possible. The lunch menu includes a variety of great salads with fresh mixed greens, and some mouth watering seafood selections like Pecan Smoked Salmon, Bronzed Redfish with a Mediterranean Sauce or a house specialty Creole Fettuccini Pasta with Shrimp. The chef also offers up some palate pleasing sandwiches: Pistachio Chicken Club, or a French Dip on a fresh baked baguette with home-made Au Jus, to name a few. The dinner menu adds some additional seafood plates and steaks and they have a full bar.

When day tripping through Anderson County, you don’t want to miss a great opportunity to experience a historic building and a great meal at the Queen St. Grille. Palestine offers so much in the way of history, architecture, shops and cultural events it would be hard not to make a road trip to this Piney Woods town.

Pete is an award-winning landscape photographer living in Marshall, Texas. He travels extensively and is currently working on a project photographing the National Park system. When in East Texas, he specializes in regional travel and tourism photography and is a leading photographer of Caddo Lake. On his travels, he gets to experience the best of ETX local food. You can follow him on Instagram @wright_shot_gallery

The Texas Forest Trail Region is a 35 county area of East Texas and one of 10 designated heritage tourism regions in the State of Texas.

Our purpose is to foster economic development by preserving and promoting Texas’ unique history and culture.

We’d love to hear from you!